There have been Darling’s Pharmacies serving the community of South Shields for nearly 125 years.

As 2021 approaches the family is in the midst of a major restructure which includes a redevelopment of the Chichester Corner Pharmacy. We now know that Chichester Corner was converted from a house into a shop in 1908/9 and has been in continuous use since then.

This short history tells the story of the family business now being managed by the fourth generation of Darling’s. For consistency we will call what we now refer to as pharmacies ‘shops’. The history will trace the history of the Darling family business and give some information about the shops and the people who have shaped the business over the last hundred years or so.

This history is produced by the fourth and fifth generations in memory of those who formed and ran Darling’s over the last century as the business and its shops are improved and developed.

This is the first edition. It will be a living document added to and supplemented over time.

The first reference to the Darling Family in Pharmacies in the history of South Shields is to the firm of Walker & Darling in the Wards Directories for 1897 to 1898.  That business had 3 shops at 53 Hudson Street, 6 Gladstone Terrace and Laygate Lane.  The Darling in Walker & Darling was John Martindale Darling, who subsequently became the “JM” in JM & W Darling Ltd.

Then in about 1909, the Chichester Corner Shop was opened after a conversion from a house. Today’s Pharmacy is still on that same site, 111 years later.

It appears that in 1920 JM went on his own and left Walker & Darling, taking ownership of Chichester Corner and 138 Laygate Lane.

In 1930, JM & W Darling Ltd, (JM&WD) which is still the current legal entity running the business was formed.  At this stage JM brought his nephew William – William Darling MPS, FIO, FSMC Optician into the business.

The Darling family converted a house then owned by the Sinclair family at 1 Windsor Terrace into a shop which is now Darling’s Chichester Corner.

The 1901 Census shows the Sinclair family living at 1 Windsor Terrace.  Francis was a Surgeon.  Census Records show that in 1903, Francis had a son, Frank Grant, who subsequently became Dr. Grant Sinclair.  There is a photograph of Chichester with the Tram rails being laid – in 1906 – where the building is still clearly a house.

The exact date of the conversion of the house into Darling’s Chichester Corner is not known, though it can be narrowed down to a couple of years.  The Ward Directory for 1907-1908 had the Sinclair family still resident at 1 Windsor Terrance and 1 Stanhope Road East.  The Ward Directory for 1909-1910 the home use had changed to business use.  1 Stanhope Road East was Walker & Darling.  1 Windsor Terrace was W. Sowerby, a Confectioner.  So, we fasten on 1909.

The 1911 Census shows the Sinclair family moving up to 57 Windsor Terrace.  It may be that that is 43 Dean Road which Dr. Grant Sinclair used as his home and Consulting Rooms in the 1950s and 1960s when he was a well-known General Practitioner.

There are many photos of Chichester Corner over the years with Darling’s with its central door straddling what is now Dean Road and Stanhope Parade. 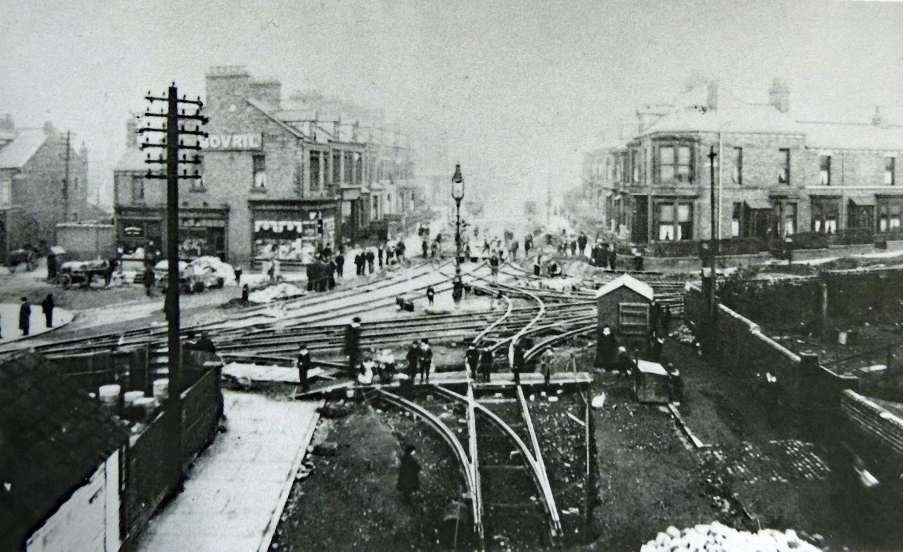 Chichester Corner from Dean Road. The future shop on the right and still a house. 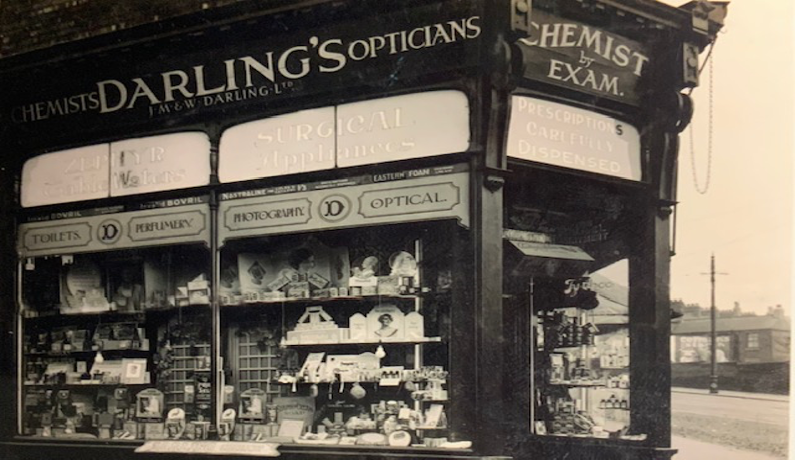 The Shop from Dean Road with the central door 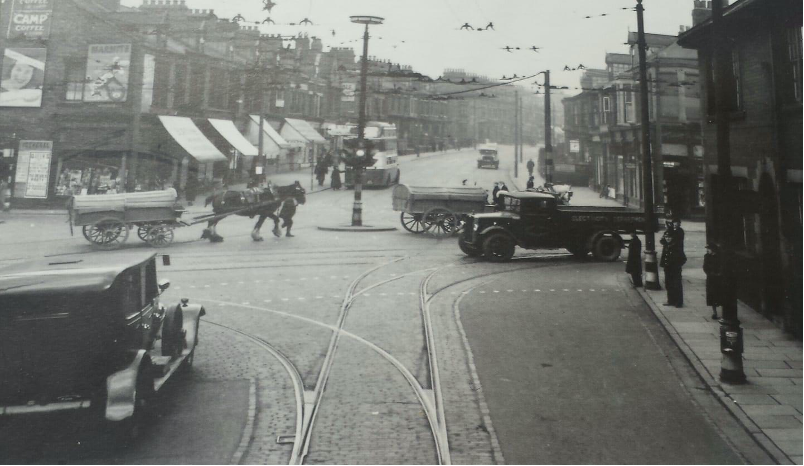 The same view as above 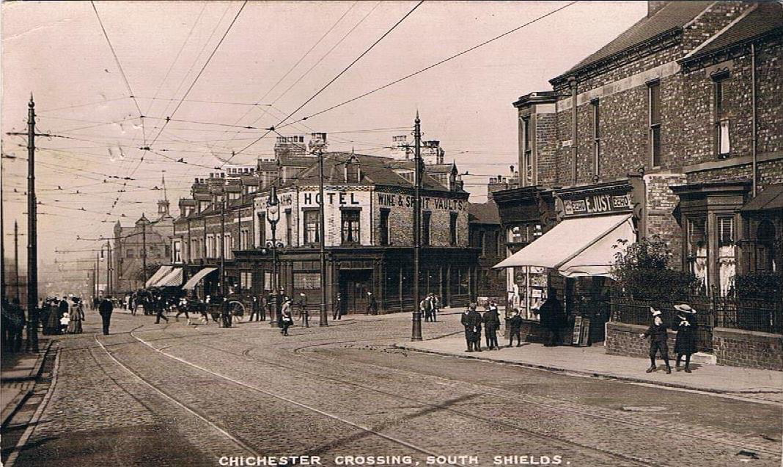 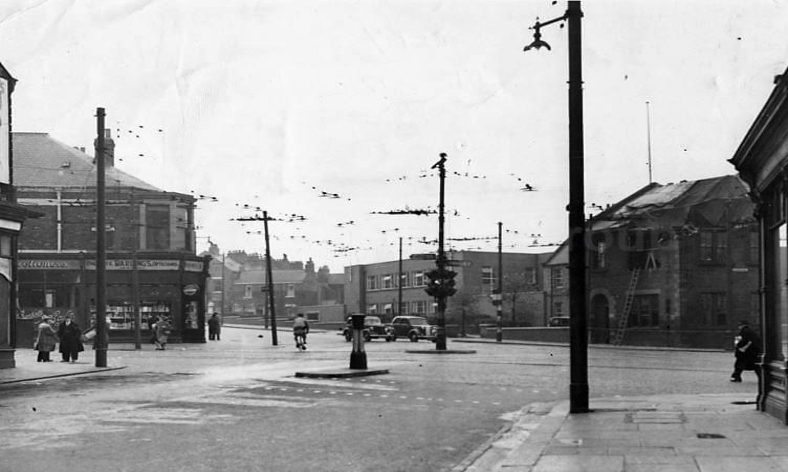 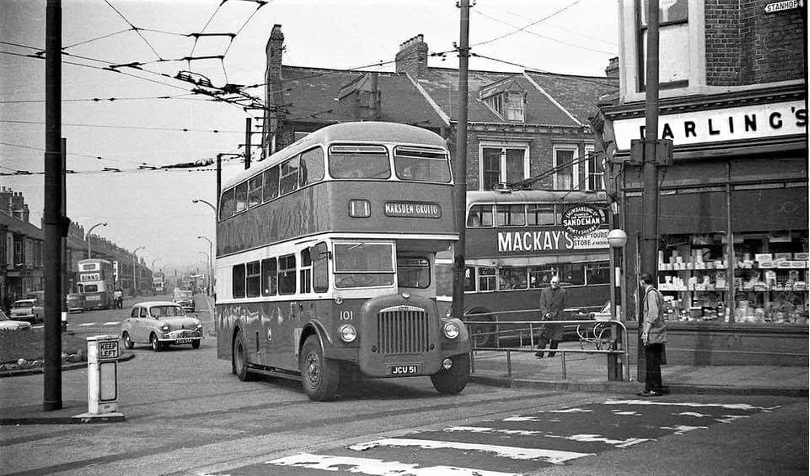 A view over the Zebra Crossing on Stanhope Road

In the 1960s, WM as part of his development of the business remodelled the façade and created two doors – one on Dean Road and one on Stanhope Parade. The Pharmacy was extended into the adjoining shop and the layout changed over the years. 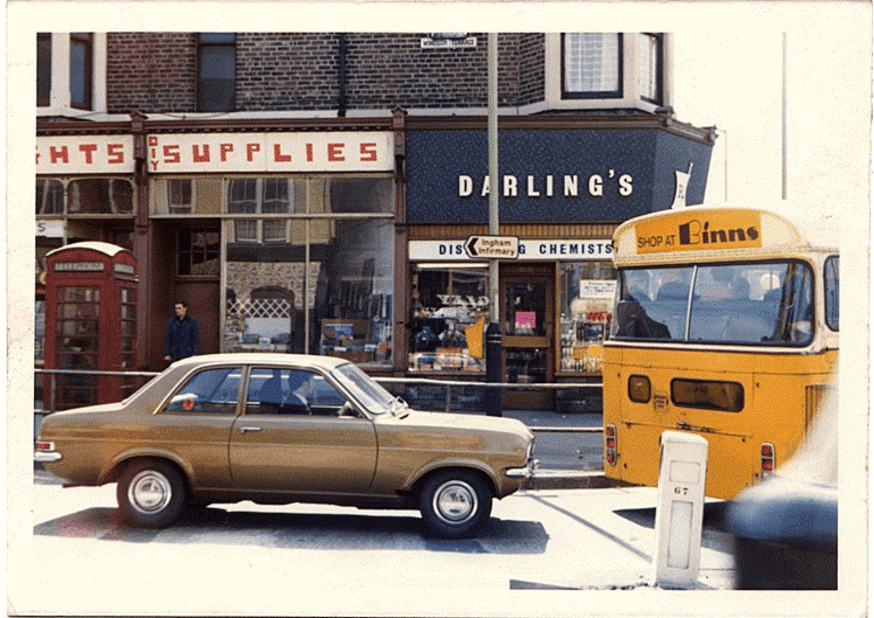 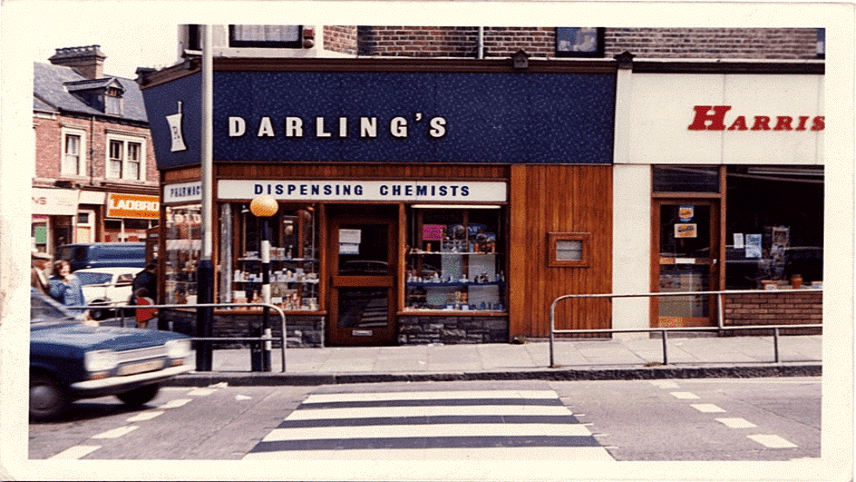 A more recent view across the Stanhope Parade zebra crossing.

As 2021 approaches, the family is about to undertake a major refurbishment of Chichester Corner to extend and remodel the shop. There will be a new shop front and a state-of-the-art Pharmacy. The fourth and fifth generations hope that the first, second and third generations would approve.

The 1871 Census shows the Darlings part of a farming family living in Hart Village, Co Durham.  Head of the family was Thomas Darling (born in 1825).  As well as 4 servants, the family had 5 sons and 2 daughters.  One of those boys was JM Darling.

By 1891, JM, who was then 20 years old, was still living in Hart and was described as a “Chemist Apprentice”.  On 20th October 1896, JM married Sarah nee Bradley with the marriage taking place at Hart.

William was born in 1902.  The 1911 census records the Darling family still living in Hart. The head of the family was Thomas Martindale Darling, a farmer. They lived at Naisberry Farm There were 6 living children, John Bradley age 16, Thomas Martindale aged 12, Richard aged 11, William aged 9, Robert aged 7 and Harry aged 4.

William appears in The School Records for Hart for 1912-1918.  The column for his occupation is empty unlike his school friends who were nearly all referred to as “apprentices”.   At some stage, though it is not clear when, William travelled from Hart to South Shields to be apprenticed as a Chemist to his Uncle John – JM.  He became part of JM & W Darling Ltd when it was incorporated in 1930.

In 1931 William married Muriel Spoor, the daughter of a Ship’s Captain. They had two sons, William Martindale (‘WM’) (1934) and Brian Martindale (1938).  WM became a Pharmacist and Brian a Doctor.  The family lived at 27 King George Road, Caudwell.

This history will in due course tell the story of Muriel Darling, WM, his wife Ann and as many of the countless personalities who have been a part of the Darling Pharmacy story as possible